Milwaukee band Testa Rosa wrote this song about the shipwreck L.R. Doty under guidance from Jitka Hanakova, who recently discovered it. 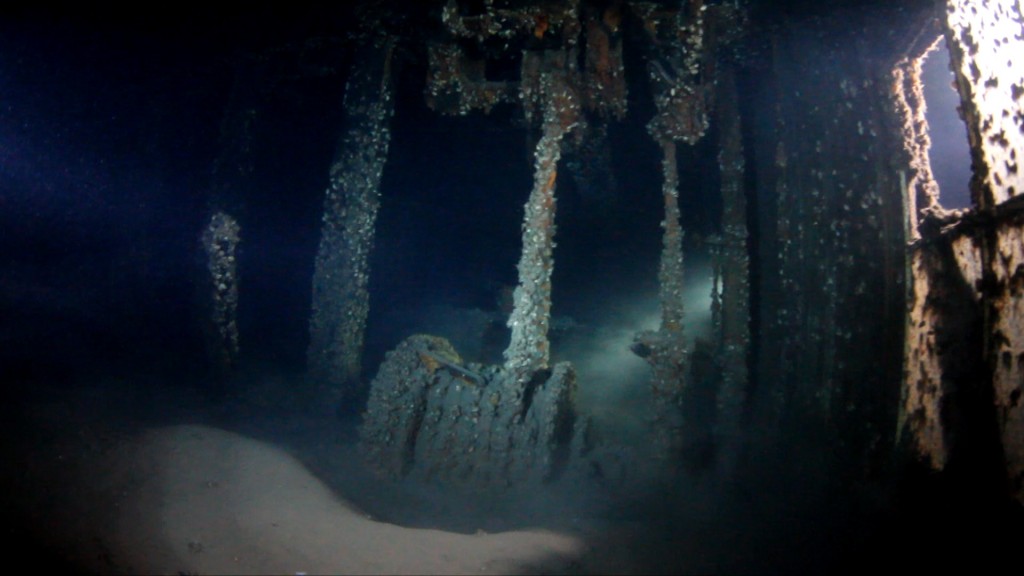 A diver’s view inside the L.R. Doty, a historic ship found in May 2010 after eluding historians and divers for 112 years. Photo: Captain Ron Benson.

Nearly twenty miles off Milwaukee, a team of divers descends 300 feet into the darkness. The faint outline of a giant ship resting on its side rises out of the dark like a ghost –the L.R. Doty is  frozen in time underneath the gentle waves.

The ship was lost for 112 years and rediscovered in May 2010. The search for missing vessels or “ghost ships” like the Doty sparked creation of the Ghost Ships Festival of Milwaukee, held recently at the Wyndham Hotel and Convention Center. Exhibits and presentations have documented Great Lakes maritime history and scuba diving since the festival started12 years ago, said Kimm Stabelfeldt, co-founder of the festival.

For the Milwaukee community, the discovery of the L.R. Doty is one of the most significant finds in recent years. The shipwreck has become part of the folklore for the area and its discovery garnered a lot of media attention, Stabelfeldt said.

“You have to draw the people,” he said. “And people are interested in the story of how the Doty was lost and found.”

One of this year’s keynote speakers, Captain Jitka Hanakova, found the Doty.

“Some people doubted I could find it,” Hanakova said. “It was thrilling to be one of the first divers to see a ship that no one has seen in a century.” 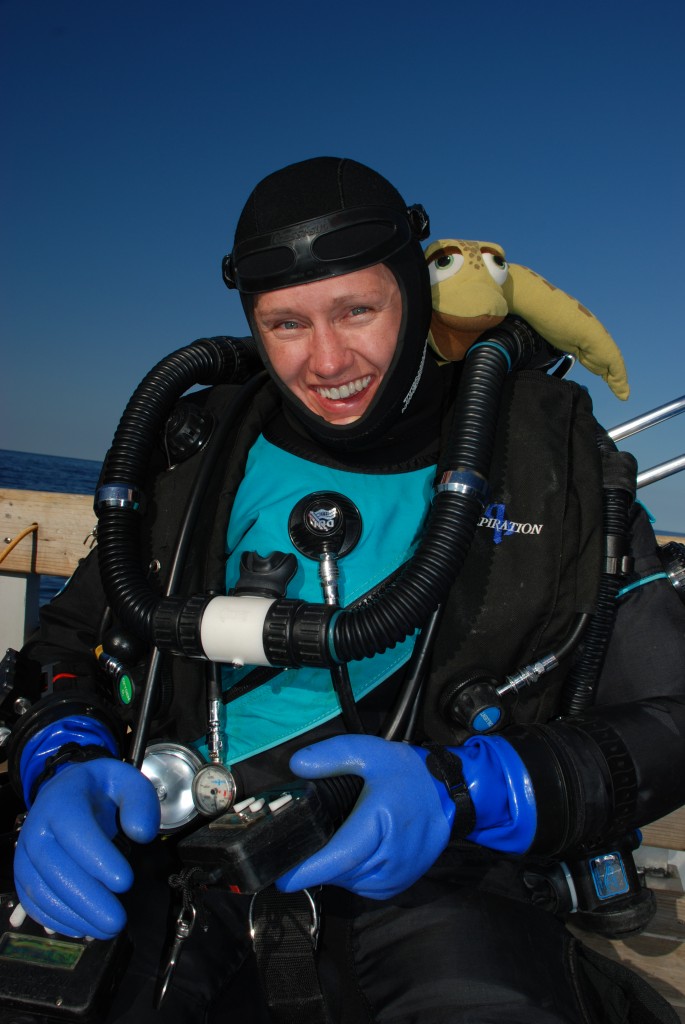 Captain Jitka Hanakova discovered the L.R. Doty last year when a ship got its nets caught on something below the water. Photo: Mel Clark.

Hanakova began her search after a fishing trawler snagged its nets on something resting 300 feet below the water’s surface. Working with Brendon Baillod, a marine historian at Great Lakes Shipwreck Research, Hanakova began searching for the wreck with a fish finder.

The L.R. Doty sank off Milwaukee on October 25, 1898 during a storm that was “by all accounts one of the worst in 30 years,” according to Baillod. A schooner was destroyed off Milwaukee and the Chicago boardwalk washed into the lake. The Doty towed another ship, the Olive Jeanette, during the journey. The cable between the two ships snapped. The Doty continued off into the night and wasn’t seen again until Hanakova found it this summer.

After she located the wreck in May 2010, a diving team visited the site in June. At 300 feet long, the Doty is one of the biggest wooden ships produced before the switch to steel, Hanakova said.

“We could see history,” she said. “It was like going back in time.”

The crew explored the wreck and shot videos and pictures. Before leaving the site, “(a diver) produced a few bottles of champagne and a toast was drunk to Captain Christopher Smith and the crew of the L.R. Doty. May they rest in peace now that their resting place has been found,” Baillod wrote in a research report for his maritime history website.

For more than a century, the fate of the Doty remained a mystery. After studying the wreck, Baillod concluded, “she had fallen broadside to the seas after turning to retrieve the Olive Jeanette.” In total, the wreck of the Doty claimed 17 lives.

Shipwreck diving has steadily gained popularity since scuba diving became popular in the Great Lakes in the late 1950s.  It offers a chance to see history preserved in the cold waters of the Great Lakes. 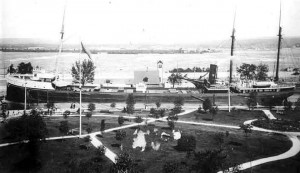 The Doty at the Soo Locks in 1896. Photo: Andrew Young, Historical Collections of the Great Lakes.

Between 8,000 and 10,000 shipwrecks rest on the bottom of the Great Lakes.  Preserving history and sharing the stories of the men and women lost on the Great Lakes keeps Hanakova diving year after year. She says she likes solving some of the shipwreck mysteries.

This year’s festival attracted more than 650 people. The Ghost Ships Grant Award went to the Michigan Shipwreck Research Association to complete archival work on the Norlond, another legendary shipwreck off the coast of Milwaukee. The Great Lakes Shipwreck Research Foundation, which sponsored the event, has awarded $22,000 in research grants since the festival began in 1999. In addition, money was set aside to purchase shipwreck buoys to mark significant areas off the coast of Wisconsin, Stabelfeldt said.

“The Ghost Ships Festival is a perfect vehicle to present the Great Lakes,” Stabelfeldt said. “There’s a ton of history in the Great Lakes that most people know nothing about.”

For more information and updates about next year, go to the Ghost Ships Festival website.

A rendering of the Doty near Milwaukee shows the ship’s final resting place.

3 thoughts on “In search of a Great Lakes ghost ship”