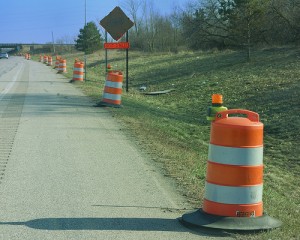 A proposed bill would prohibit the DEQ from imposing wetland mitigation requirements on some road projects. Photo: c.a.muller via Flickr

LANSING – A new Senate bill would prohibit the state from imposing mitigation requirements on some road projects that damage wetlands.

Sen. Tom Casperson, R- Escanaba, sponsored the measure that would apply to projects with the right-of-way of existing roads.

“The Department of Environmental Quality (DEQ), is saying they can’t go along with this because it is violating federal law and the quality of environment in Michigan, but so many things can be positively affected if the bill is passed,” Casperson said.

The bill would prohibit the DEQ from imposing wetland mitigation requirements on some road projects, said Brad Wurfel, press secretary at the Department of natural Resources and Environment.

Mitigation requires new wetlands to be created if an existing one was previously filled in by road construction.

Wurfel said the DEQ can’t comment about its stance on the bill but said environmental quality could be harmed.

Ed Noyola, deputy director of the County Road Association of Michigan, said the change would benefit the road system, even though it could hurt the environment.

“This bill would definitely have an impact on roads, but for the DEQ, it could jeopardize environmental qualities,” Noyola said.

“It would be a streamlined process, not needing mitigation for the building of roads,” Noyola said.

Casperson said he introduced the bill to alleviate costs of road-building by county road commissions and to upgrade roads, as long as they stay within existing right-of-ways.

“The road commissions throughout the state are frustrated right now because they have to get permission, through permits, to mitigate wetlands for road-building,” Casperson said.

They must go through a permit process and have to build—or not build—based on what the department says, according to Casperson.

According to Casperson, the most significant improvement would be in funding, because commissions devote time to obtain permits when they could be improving the roads.

“Better roads means better transportation to all areas of the state, and this boosts the overall economy and gives the road commissions more money,” Casperson said.

If the bill is passed, it will apply to state highways, and city and county roads.